My name is Janez Štupar and I am a Software Engineering consultant.

I have completed my bachelors degree in computer and infromation engineering from Fakulteta za Računalništvo in Informatiko in Ljubljana, Slovenia. 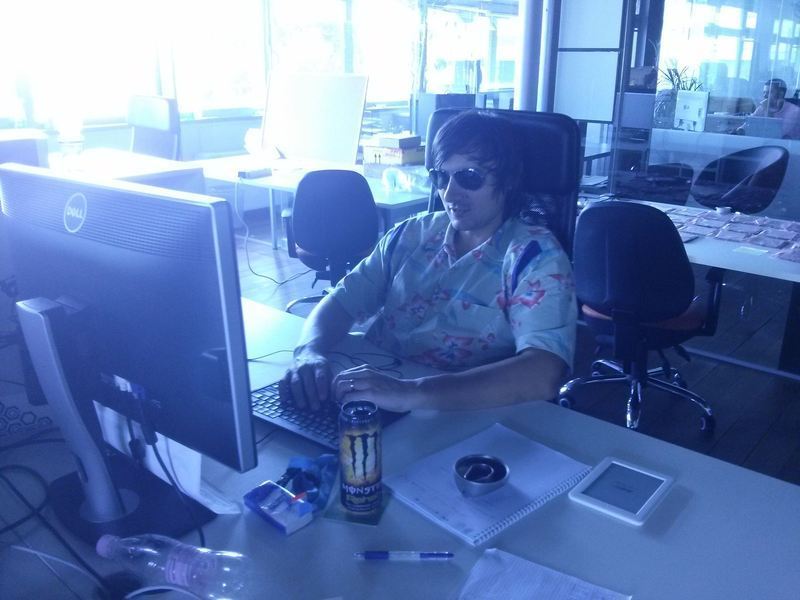 In short I would describe myself as mostly defined by passion and ambition coupled with strong sense of personal ethics. I am one of those people that would rather face total failure than harbor regrets that I never took a shot at my dreams.

In my spare time I am interested in sports, technology in general, philosophy, sociology, art and everything else that stimulates spirit and intelect.

After IBM Model M that is. On that note - I could not bear the hideous sound of mechanical switches and there is no need for me to keep my poor neighbors up all night. 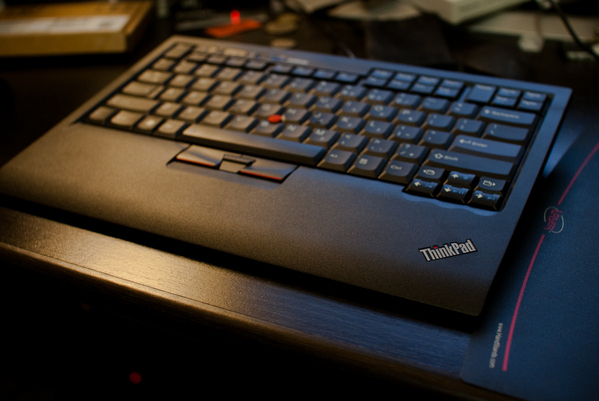 I always loved my T60 keyboard, I am also one of those (few?) people who massively prefer Trackpoint over Trackpad. After my old keyboard started giving in to age, I was furiously searching for a replacement. I really wanted something compact, and possibly with Trackpoint, because this was key point why working on my T60 has been such a joy. Programming for extended periods of time, while constantly reaching for mouse was always painful for me. I have been using this keyboard for past 4 months and after working out some driver issues (shame on You Lenovo!) this keyboard has been a blast to use. Previously there have been some reports about sticky shift key, which has been apparently worked out for a while (it was a driver issue). Also some people report this keyboard being flexy, there is some truth to that. Although Lenovo tried their best (there is even metal frame inside) since there is not a whole laptop computer beneath it, it feels flexier than original. However It does not bother me personally at all and can't really imagine going back to non Trackpoint keyboard for professional work. There are some other keyboards with integrated sticks, but they are either not very good or have various support issues. So if you are like me, you might enjoy this keyboard.

Here is something I noticed today while searching.

Google has started integrating G+ into search and it seems kinda cool and organic - like rest of the service.If search hit is created by someone who has a G+ account - then her profile is displayed next to the result.

Not really sure if this is Cool or Spooky.

The time has finally arrived.

Before our eyes drama unfolds. Mark Zuckerberg's Facebook is about to face an attempt to its hegemony in social space. Google's new offering Google+ appears to be tech giant's first real attempt into social space. Yes there was Buzz and there was Wave, but those were no different than your average Google experiment. Those projects were no more than little skirmishes in military terms. This time the effort is being led by Larry Page himself and for those of us, lucky enough to participate in the limited trial, it seems very clear that Google means its business this time. You can read all about features offered by G+ and comparisons with Facebook on other sites. Here I will indulge in some strategic speculation about what we are about to witness in following months.

Thus far, Facebook had been sailing uncharted but pretty still and clear waters. Indeed, it did meet MySpace and Friendster along the way. But both had too many problems with themselves and their old school industrial type management, who didn't really understand what was lying in front of them to react to this new threat. As with any successful business there was some inspiration, some luck and loads of brilliant execution. I will not go into depth, but I have to point out two brilliant features that Facebook had in 2004/2005. First was an introduction of peoples real identity to the Internet. Yes there have been people who used their real names or parts of real names for online identity before Facebook, but the phenomena was rare and mostly limited to people who rely on their public persona for a living. The second brilliant insight what that Facebook was offered to college students, who were both savvy and horny enough to adopt the service early. In those days Facebook was a very private matter - and getting access to someones profile would allow you to access their decadence and enable you to in turn share yours. Exclusivity of Harvard and Ivy league did play its part - but was more a consequence of where it all started. Everything else from then on was brilliant execution, culminating in 2010 with adoption peak and IPO preparations. 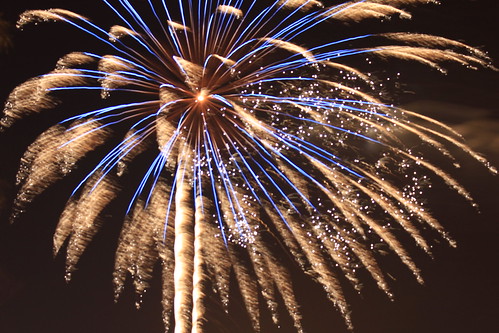 In the mean time there have been many speculations (hype to be more exact) on how Facebook is going to be a Google killer. I have always found these analyses rather distasteful. Because to me it was always clear why that could not be the case, since Google has so many competitive advantages. First Google has more of everything, more talent, more infrastructure of all kinds, more revenue and enough cash on hand to almost buy the damn thing. Insane valuation notwithstanding. The second key point in this comparison is the fact that Google has services that offer actual value, while Facebook is used mostly for wasting precious time one has in life. Last point I would like to make is that there are two kinds of Facebook users, first are the ones who are ignorant of their privacy and implications that their actions may have in the future. Second group are the people who hate Facebook due to its absolutely abysmal record regarding respect for peoples lives. It's CEO is of no help here. If he has Asperger's or is an genuine asshole plays no part. There is also a third group who are various tech geeks that have completely forgotten about Microsoft due to their hate of Facebook.

So what I have lay out in front of you thus far is my view of the battlefield. And now I shall take a look into the crystal ball. Google's strategy seems clear: G+ is going to be the new hub for its services. Even now in its infancy - everything seems to fit together in a nice and organic fashion. It seems to be governed by the rule of least surprise for user. There is not much more to say about it, because there has and will be enough said on this topic. Except that everything is proceeding nice and Googly. On the Facebooks end however, I suspect many hardships. First - their feature set is kind of shallow in comparison to repainted Google's offering. There is nothing there beyond flash games and vanity. Facebook is already making its first move by releasing Skype video chat integration. This feature may have been in the works for awhile, but I believe that its release is being rushed a bit in response to G+ field test and imminent release. There have also been hints that Facebook has some awesome services waiting to be released anytime now. We can safely assume that both competitors are aware of each others roadmap for the next couple of months at this point. So what can we expect from Facebook in the future? It is very likely that they will try to cover their blind spots. That means they need some services that offer actual value. I believe we can expect Facebook integration with Office Live (Lite?) and further deepening of alliance with Microsoft. After that Facebook will have to strike some new alliances since it cannot afford to go about building missing services all on their own. 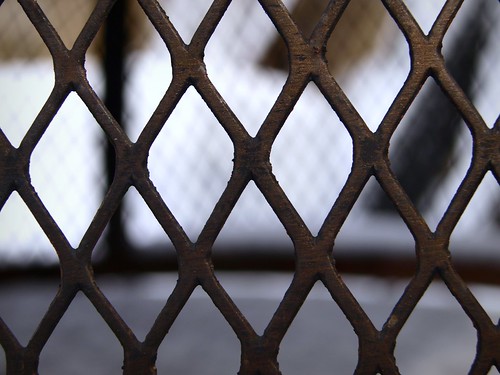 Herein lies true problem and a trap for Facebook. Since Google will be mostly busy vertically integrating their large horizontal portfolio, built in a relatively homogenous environment. Facebook will try to widen their vertical walled garden, to do this it will have to deepen its relationship with Microsoft or search for new partners. Also it will have to greatly stimulate partners like Zynga to prevent them from defecting or at least not sitting on two chairs. But a true problem probably lies on the mobile front, where Google has lately become a true juggernaut. I expect that Microsoft will expect some kind payback for its generous help here, while Mark will probably look more into general direction of iOS and Android. The biggest problem for Facebook in this scenario will be loss of agility and having to drag Microsoft along will probably spark some intense corporate politics that might ultimately endanger Facebook.

For the end I would like to offer some perspective how this all came to be. In my opinion this all started as Facebook more and more refused to be a good net citizen, by starting erecting walls and making various single sided decisions about protecting its hoarded data. This is completely understandable as they had to start making money somehow and decided to take Google head-on instead of searching for a way to coexist with it. From here on this will be a war of attrition and I believe that most likely scenario is that geeks and power users will lead flocks of users from Facebook to G+. After this exodus I foresee two equally likely scenarios. In first Google and Facebook coexist, since Facebook will start cooperating with Google. The other scenario means Google's dominance over Facebook. And in the very least likely scenario Facebook and Microsoft will beat Google into submission. In either case Facebook has just lost a lot of value.