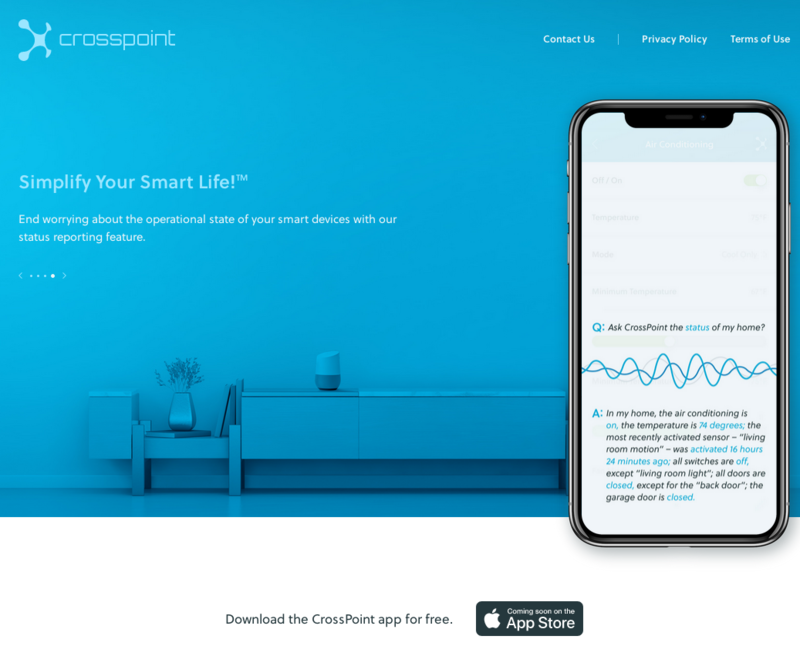 
CrossPoint (www.crosspointapp.com) is IoT and smart device automation platform offering numerous integrations, a sophisticated rule engine and an easy to use interface. It allows users to use a single platform to control various devices throughout their lives to automate their daily tasks.

I joined a team that was well underway working towards a beta release. I took on various secondary tasks so that core team could focus on getting the project out the door. I developed an integration with Stripe payments platform for the webapp, both frontend and backend. I also built a marketing website for the beta launch.